The Spear Thrower is a slow moving unit, but a rather sturdy one. He is pretty resistant to melee attacks and can deliver some staggering blows. Due to the size of the spear, the spearthrower is often a tall character with huge muscles. Some of his attacks is known to break armour and even pierce through a person.

This basic attack deals 2 Melee dmg - a pretty useless attack, but sometimes it's just what's missing for you to take down that last card infront of your enemy's Hero

Also a weak attack, but unlike the "Poor Dealer" attack, this is a ranged attack and can be used from behind one of your own cards or attack over that defence in front of your enemey's cards. 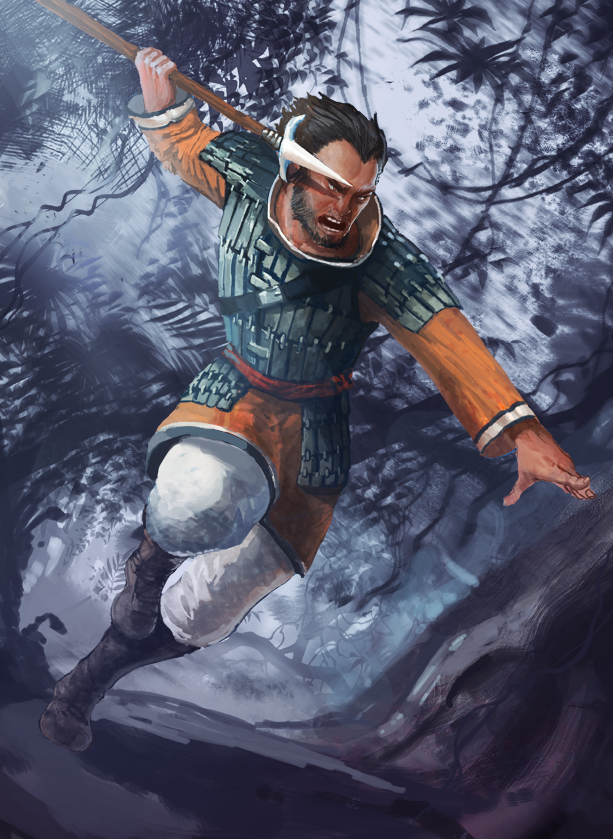